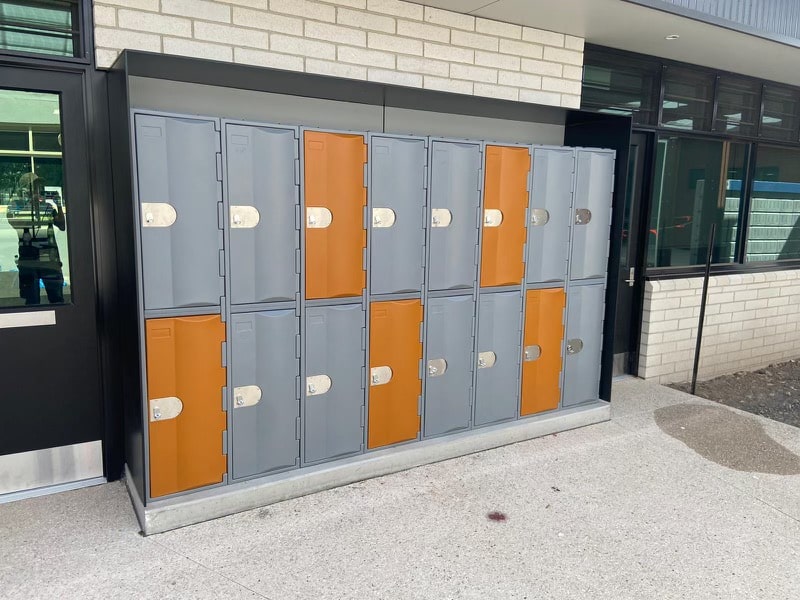 In late 2020 and early 2021, Marian College, a Catholic high school for girls in Sunshine West, 30 minutes west of Melbourne’s CBD, was putting the finishing construction touches on a new building. The new building would house new classrooms for the school’s Year 9 and Year 10 students, and would be in use from the first term of the 2021 school year.

To go with the new classrooms, the school needed new lockers as the new building was set apart from the existing lockers. Michael Baddeley, Marian College’s Business Manager, was tasked with purchasing and overseeing the installation of 300 new lockers, to be ready for student use for the commencement of the 2021 school year.

“We were looking for lockers of a particular size that were relatively weather-proof; that was the first requirement,” explains Baddeley. “[Premier Lockers] had a lot of products that would suit our purpose with the outdoor space we had for our new lockers.

“We went to a couple of suppliers. There didn’t seem to be a lot of companies out there that could provide the size and specifications that we were looking for. It came down to two companies that could meet our needs.”

Meeting the locker needs of a modern high school

Marian College’s requirements for their new lockers were threefold. They needed to be sturdy, aesthetically appealing, and large enough in size to house the trolley style school bag (with handle and wheels) that has become popular with students at Marian College. The old traditional laminate lockers the school had on site were too small to fit the larger and taller new bags. 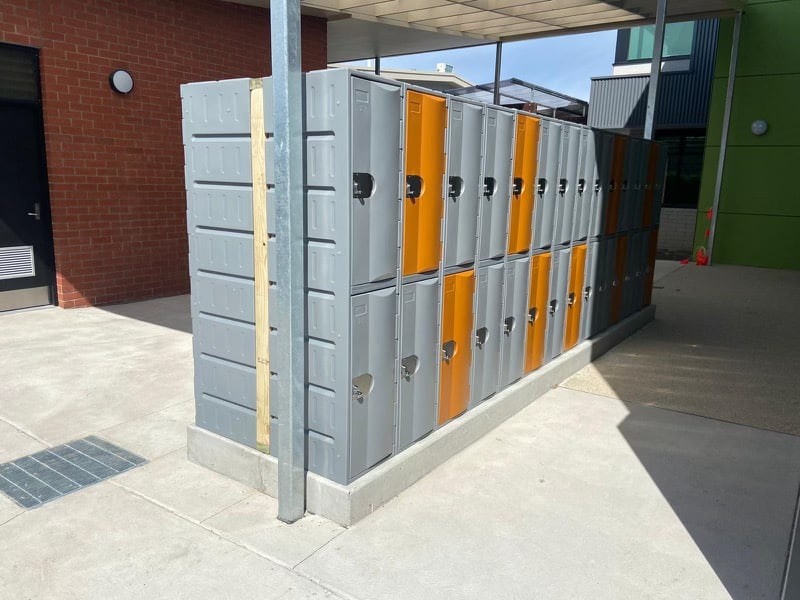 While not needing to be 100 per cent waterproof, the school’s new lockers needed to be able to withstand the elements, given these were the first lockers on the property that would be exposed to wet weather and the elements.

“[Premier Lockers] dropped some samples off, so we had samples from both suppliers,” Baddeley recounts. “We had multiple people from our school look at them and assess which of the two models they were aesthetically happy with and that functionality-wise fit the bill. They had to fit our particular school bags in them. So that was the comparison exercise we went through with lockers from the two different suppliers.”

While both Premier Lockers and the other supplier Marian College spoke to quoted similar pricing, Baddeley noted that the quality of the product swayed him to choose Premier Lockers.

“Price was part of it, but not the main part of it,” Baddeley explains. “It was more about more people seeming to be happier with the make, the sturdiness, and the aesthetics. Given they’re outdoors and in front of buildings they need to have some visual appeal. And the Premier Lockers’ product seemed more fit for the purpose in terms of durability.”

On site consultation and installation

“It wasn’t a great drama and we were understanding about that,” Baddeley explains. “[Premier Lockers] were very good communicators about the delay and organising for the lockers to be installed. So I couldn’t fault them on that.”

Baddeley added that Premier Lockers’ installers on site had the necessary working with children accreditation and were well-presented while on school grounds around students.

Student feedback confirms Premier Lockers the right choice
The most telling feedback on a product’s usefulness always comes from the end user. And in the case of Marian College’s new lockers, students at the school have given their approval. 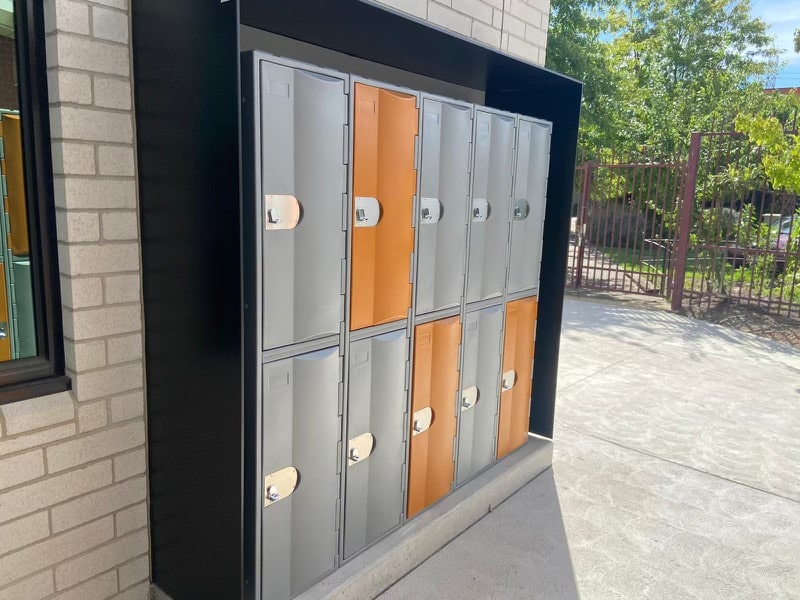 “One of the pleasing things was the size of the holes for the locks on the new lockers,” Baddeley says of students’ feedback. “They were a good size, so no-one has had problems attaching their particular lock. Sometimes you end up with the locks being bigger than the hole. We haven’t heard anyone complaining about them.”

“People seem to be happy with the idea that the lockers are out of the classrooms,” Baddeley continues. “They’re happy with the look of the new lockers, and that they don’t detract from the building itself thanks to the way that they fit in nicely with the environment. The colour scheme we went with featured slightly different colours from the base range, and they look good as well.”

Baddeley adds that he couldn’t fault Premier Lockers’ flavour of customer service and recommends Premier Lockers for school administrators who are considering replacing their school lockers.

“I was happy with the service and the way they went about the ordering process and the installation,” he says. “They were very good communicators and they were receptive to questions and comments from us.”

Is 2021 the year your school refreshes its student lockers? Call Premier Lockers on 1300 202 557, email us or contact our team via our website. Let’s work together to find the best solution for you and your students.